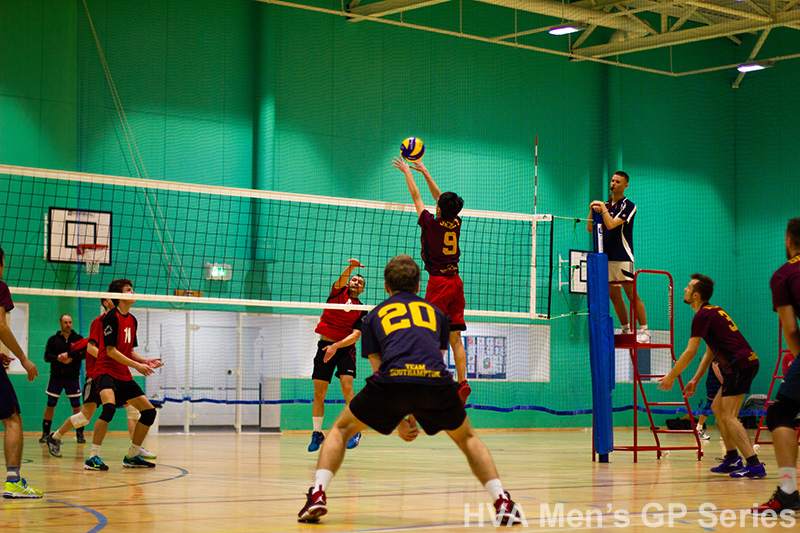 Indoor volleyball is strong in Hampshire. Five clubs compete in the National League across various men's and ladies' divsisions. HVA have run county leagues for men and ladies since 2013. The Southampton local league has run a local league since before 2000.

The indoor game in this county is currently very healthy. With opportunities for players of all levels to play in an environment which caters for their ability.

There are a number of clubs in Hampshire that compete in the National Volleyball League in various divisions. Check out the Club Map for more information.

With the creation of the HVA in June 2012, one key goal was to develop a County wide league. While the Portsmouth and Southampton Volleyball Associations offered a good standard of regular local league volleyball, it was felt that there was something missing between the local league structure and the National League programme.

It is the aim of HVA to develop clubs in the local leagues with a view to raising their standard of play, so that if they wish to make the transition to National League they are prepared for the level of competition required. With this aim, a county league began in October 2013 consisting of invited teams, who we as a committee believed fit the criteria to perform at this level. Since that first season, the leagues have established themselves and the men's and ladies' leagues are now open to entries by all clubs.

For more information on the county leagues, go to the competitions page.

The SADVA league offers a men's, ladies' and mixed league, with matches playef on Friday nights at the Woodlands Centre in Southampton.

If you are interested in getting involved in one of the local teams in the league or have a team you would like to enter, please visit their website for more information.